What All Men Want

According to one of the world’s best Vedic Astrologers 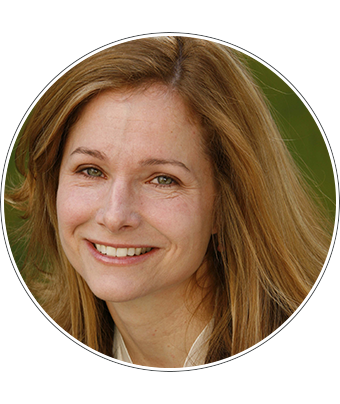 If you’re like most women, you probably think men want to be with the hottest woman they can find…

…and not necessarily in that order.

If you think this is the average man’s “dream woman list” then I have some very good news for you.

There’s something FAR MORE IMPORTANT than ANYTHING on that list, that men – and by that I mean ALL MEN – want.

Even if they don’t know it.

(And, to be fair, let’s give men some credit. My list may have offended some of you. I’m a big enough person to apologize for that and to admit when I’ve rudely stereotyped men, so let me clear that up right now… They don’t ALL love pizza!)

If you don’t have this thing, no matter how well you get along with a man he’ll notice, big time.
And even if you have ALL that other stuff, he’ll most likely move on.

And he’ll be more willing to go to the ends of the earth for ANOTHER WOMAN who has less of the stuff on the “dream list” than you do – but who makes him happier.

What could it possibly be that men want that badly? (Drum roll, please…)

To be your first priority.

That’s right – if you’re in a serious, committed relationship with a man, he wants to feel like he is your #1 focus – the most important thing in your world.

Now, I don’t mean he wants you to act like you’d die without him, and be all possessive and jealous and like you can’t function unless he’s in the same room. That’s not making a man your first priority, that’s making him your ONLY priority (even before yourself – and that’s a BIG, man-scaring difference).

And, since I’m a Vedic astrologer, I have to say there’s an astrological component to this too.

This “wanting to be your first priority” business is true for ALL men, of ANY sign when they commit to a woman. (And without feeling this way, they may never commit to you in the first place, or will quickly break their commitment.)

The zodiac sign of a man won’t change what he wants – it will just change the way he wants it, or how he goes about getting it.

Oh, I’m sorry… I’m giving you the same answer for each sign!

Well, there’s a reason for that. It’s because, yet again – this will be true for all men of any sign.

You see, the way to make a man feel like he’s your first priority means just that – give your man what he wants, when he wants it.

Pay attention to what he says, and act like you care. Actually focus on him when you’re together.
Get off the phone and turn off the TV, and go to greet him at the door when he comes home.

(He’ll think someone died or something…) Stop waiting for him to be nice to you, or romantic, or affectionate, or playful, or physical, or fill-in-the-blank – and do those things for him first.

Because here’s the great thing about relationships…

So, what are you waiting for?

Okay, since you’ve stuck with me this far, NOW I’ll tell you what to do for men of each zodiac sign…

(Keep in mind, each description starts with “Give him what he wants, when he wants it” followed by the thing specific to that sign):

Worry about what he wants.

And give it to him!

And if you can’t, because you don’t agree with what he wants, or don’t want to do it, or don’t think he deserves it (or it’s illegal, unethical, or dangerous to you, your loved ones, or your property)…
Then you need to face the cold, hard fact that you’re with the wrong man.

Or, it could be that you’ve been locked in a score-keeping power struggle for so long, that neither of you ever does what the other wants, so it feels weird, or like you’re “being a doormat.”

Try it anyway – if he’s emotionally healthy, and the right guy for you, then I promise you’ll be so glad. *

Why not bring your guy what he really wants at last? And then stand back and get ready to be amazed to find, it just might lead to what YOU really want – that close, connected relationship with a man who does the same for you…

*If he’s not emotionally healthy, or the right guy for you, this is one of the ways to find out… If you need support in determining those things, see the list of recommended resources and get help!

Carol Allen is a Vedic Astrologer and relationship coach, and the author of Love Is In The Stars–The Wise Woman’s Astrological Guide to Men: www.LoveIsInTheStars.com