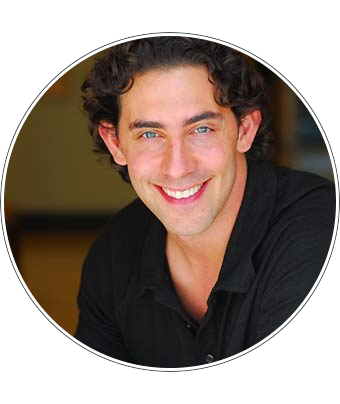 One of the most common things I hear from my clients is this: “I understand that I have to compromise on some things to be in a relationship, but how do I know WHAT I should compromise on?”

If you’ve ever asked yourself the same question, I understand.

There have been a number of times in your past when you thought you met the “right” man…and yet he turned out, like all the others, to be WRONG.

The entire time I was dating my wife, I wasn’t sure whether I was making the right decision.

I wanted to be sure in my heart.
I wanted to feel that sense of blind confidence.
I wanted to “just know” that she was the “right” person for me.

But as you know, there have been a number of times in your past when you thought you met the “right” man…and yet he turned out, like all the others, to be WRONG.

So much for “knowing”.

As a dating coach, I’m constantly working with you to refine your choices – to ensure that you don’t waste time on the wrong men, and learn to invest in the good ones.

It’s not easy. It doesn’t always come naturally. But it has some incredible rewards.

Yesterday, I was instant messaging an old friend on Facebook. Tami’s a delightful person whom I’ve known since early childhood – attractive, athletic, intelligent, funny, successful, and the mother of two beautiful children.

She also told me that she’s getting divorced.

Her husband cheated on her multiple times – and Tami’s rightfully furious.

From what little I learned about Tami and her husband, it seemed clear that she willfully ignored his selfish, narcissistic tendencies because of what came with the rest of the package – cute, smart, successful, etc.

Have you ever done the same thing? I’m betting you have. And I’m betting that you’re a lot better off without that guy than you are with him.

Which brings me to the crux of today’s post: how do you KNOW if someone is a good guy or a bad guy?

For this answer, I want to enlist another story – that of Jean-Dominique Bauby – the former editor of French Elle magazine, who, after suffering from a stroke, became completely paralyzed, except for his left eyelid.

Bauby’s story was immortalized in the movie, “The Diving Bell and the Butterfly”, but it really got me to thinking:

If you had EVERYTHING taken away from you – your body, your job, your whole self-definition –

what would you be left with?

Strip away your looks, your home, your career, your money and you’d be left with everything that’s on the INSIDE.

Your answer is right here in front of you.

You’ve been investing in the least important qualities.

What lasts forever is CHARACTER.

I’ve already acknowledged that I’ve dated younger women, smarter women, more successful women, and so on… but I never met a BETTER woman than my wife.

I’m telling you, if I were hit by a bus tomorrow, she’d push me around in a wheelchair for the next 40 years.

That’s what I mean by character.

There are no shortage of impressive men out there who make you tingle every time you think of them – but they’re WORTHLESS if they don’t put YOU first.

So the next time you’re dating a guy, don’t get too sucked in by his charm or his wit or his looks or his money…

Instead, learn to appreciate the guy who does what he says, who says what he means, who makes it clear that you’re a priority to him.

Cut him loose and choose the man who loves you for what’s INSIDE.

Because what’s inside never goes away.

What do you think? Am I just a big sap for thinking that character is a better predictor of relationship stability than chemistry?

Evan Marc Katz is a Dating coach for women, and author of 4 books about dating. Find him at www.evanmarckatz.com